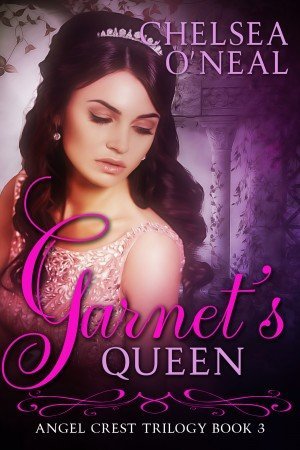 War has come to the castle in Garnet City. With Daniah’s fate hanging in the balance, the close group of Zoku must come together and overpower the resistance, as well as protect the humans.

Lives will forever be altered. Secrets are revealed. One person must decide whether to continue on the path of destruction or follow the Everlasting, while another learns she can be more than she ever had the opportunity to be.

As the Zoku army fights back against the evil Devlo, they turn to their faith, and rely on strength, hope, and love. But, will this be enough? Can they overcome Daniah’s missing presence, or will this be what evil needs to win, once and for all? The ultimate fight between good and evil will clash in this final chapter of the Angel Crest Trilogy.

Other Books in the Trilogy 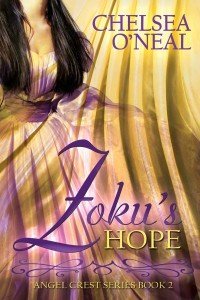 After Jaiden found Daniah in Juniper, they returned to Garnet City. Daniah is destined to become Queen of Zoku, a race of angel half-breeds who protect the humans from a soul-stealing evil. Now, Daniah is learning of her abilities and responsibilities as queen. Just as things seem to be going smoothly, a group of Zoku show up to help, led by an angel, Shelly.

Mallory has been on her own for most of her life, trying to protect and save those around her.  She is Toyek, and she’s been hiding in plain sight while fighting for her life. She is intent on finding her friend’s daughter, whatever it takes, when an innocent trip to the supermarket takes an interesting turn.

Orion has been hired to find a female and, as a Tracker, finding people is his specialty. He discovers much more than he was looking for when he runs into the beautiful Mallory. While pursuing both his target and the resistant Mallory, he finds himself fighting to defend Princess Daniah and the Zoku.

Can Orion and Mallory work together to help Daniah be the hope the Zoku so desperately need? Or will a few surprises and a tragedy be all it takes to break the united front of the Zoku fighting against the evil Meikal? 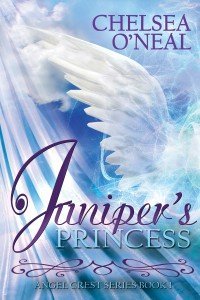 Daniah is different, she always has been and now her dreams and visions of the future are increasing, she knows her life is changing. She just doesn’t know by how much…

Jaiden is different, but he knows why and he knows his responsibilities. He must find the saviour of his race, the angel human half-breeds who are fighting a war for humanity’s souls. If he can’t convince Daniah she is more than just a little different – she is the princess of their people – they are all going to die.

Unfortunately Daniah doesn’t have many reasons to trust Jaiden, especially when he is caught in a web of his own lies.

In a world where half-breed angels walk among us, fighting an evil for our souls, Daniah must find the strength to become the princess we all need. 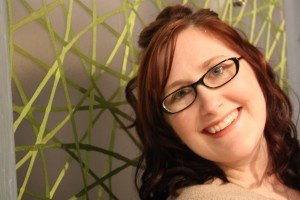 Hi! I love to chat with readers!

Chelsea O’Neal lives in her fantasy world where people can fly, vampires can be real, money is never an issue, and the romantic meeting of your true love is a normal happening.

When not relaxing in Chelsea-ville, she enjoys talking with animals that talk back and taking long walks with her Prince Charming…

Actually Chelsea lives in the United States in Nebraska, where she was born and raised, with her black lab Daisey, who hasn’t spoken actual words, but she is pretty sure Daisey understands her. She is yet to meet her Prince Charming, though she is quite sure he is out there.

Chelsea enjoys working in a library as well as a cosmetologist. She is an avid reader and writing has always been her passion.