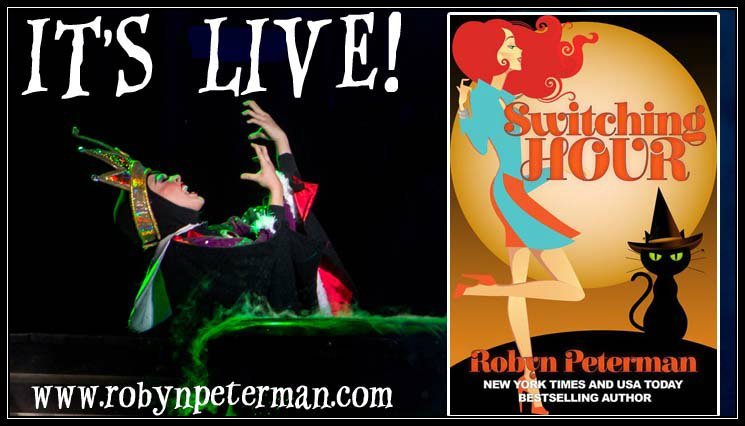 Released from the magic pokey and paroled with limited power is enough to make any witch grumpy. However, if you throw in a recently resurrected cat, a lime-green Kia and a sexy egotistical werewolf, it’s enough to make a gal fly off the edge.

Not to mention a mission…with no freaking directions.

So here I sit in Asscrack, West Virginia trying to figure out how to complete my mysterious mission before All Hallows Eve when I’ll get turned into a mortal. The animals in the area are convinced I’m the Shifter Whisperer (whatever the hell that is) and the hotter-than- asphalt-in-August werewolf thinks I’m his mate. Now apparently I’m slated to save a bunch of hairy freaks of nature?

If they think I’m the right witch for the job, they’ve swallowed some bad brew.

“If Amy Schumer and Janet Evanovitch had a baby, it would be Robyn Peterman!”

Get it now before her mother buys them all links