Is It Hot In Here or Is It Just Me?

Book 2 of the BABA YAGA SAGA is Now Available!

Teenagers Carol and Hildy, aka the Chosen Ones, are graduating AND they both have a hot, young dragon wanting to date them. The Jezibaba, aka the only living Dragon Witch, is getting hot under the collar at her own Professor Hottie, aka sexy dragon Damien Smoke, for not stopping Thane’s advances on both of the girls. Somebody’s going to get burned before all this is over. She’ll make sure of it.

You definitely won’t want to date a dragon without reading this.

Light Paranormal Romantic Dragon vs Witch Comedy written for Robyn Peterman’s Magic and Mayhem Kindle World because she promised me many lude favors and lunch. Yes, sadly… I work for food. Robyn’s a good cook so no mocking allowed. Dragons don’t behave well so this book ended at 47,000 words. You might want to settle in for the evening before you start. Oh… and keep that fire extinguisher nearby just in case. 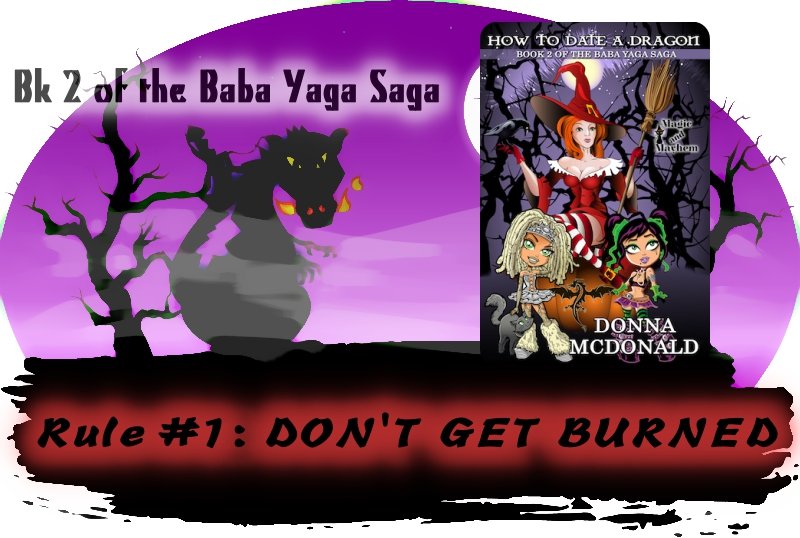 Book 2 of the Baba Yaga Saga

There were rules for dating dragons. The most important of all? Don’t get burned.

Instead of the Jezibaba, in the last eight years she’s become the Jeziblahblah. Dating her sexy academic dragon should have keep her mentally sharp, not caused her to drop all caution just because he looked good naked. She was getting soft. There was no doubt about it. When a young troublemaking dragon named Thane starts causing problems for Carol and HIldy, she’s the only one concerned.

She wasn’t the mothering type—no argument—but she was still their protector. Her instincts were flashing warning signs about the young dragon and she was not going to ignore them no matter how innocent Damien believed he was. She no longer had the luxury of pretending she’d found a perfect love. Instead it was time to face reality. She’d dated a hot dragon and gotten burned for giving him her heart.

With Thane still free to cause trouble, and Damien still not believing he was, her loyalty the disloyal dragon might end up being the worst mistake she’s ever made in her life.

This site uses Akismet to reduce spam. Learn how your comment data is processed.