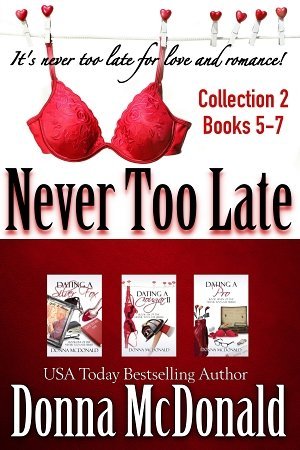 PRINT ISBN-13: Not in print yet

NEVER TOO LATE Collection 2 contains Books 5-7 of the Never Too Late Series under one cover. These laugh out loud stories will convince you that it really is never too late to find romance and love.

Lydia McCarthy doesn’t want any man in her life, much less an incorrigible old flirt like Morrison Fox. Widowed since her forties, being single suits her just fine. She truly can’t see any sane reason to risk her peaceful existence for someone who says he wants to make wine out of her one minute and then embarrasses her the next. Does it matter at her age that Morrie might be her last chance to find true love?

Firefighter and eco entrepreneur Walter Graham II is tired of unhappily dating. He wants to date Jane Fox who can turn on his body and keep up with his brain. Unfortunately, the sexy older woman is using her formidable logic to prove any relationship between them is a bad idea. But once he gets his reluctant cougar into bed, Walter intends to give Jane’s  amazing mind something more important to focus on than their age difference.

Her tendency to buck convention as much as Harrison did definitely made Doris worthy of a tumble. She wasn’t his first older woman so the decade difference in their ages didn’t bother him a bit. After all, it wasn’t like he was going to marry the woman. All he wanted was to share her lonely divorcee bed and maybe stir things up at the club with a few mix-gender golf games. He and Doris would both have some fun. The last thing Harrison expected was to find himself falling for the most inappropriate female he’d ever met.  NEW RELEASE! 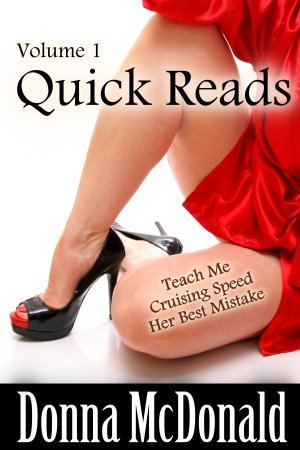 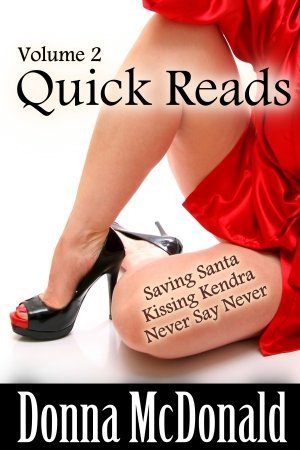