All she wanted was to be a pack healer, but first she was going to have to heal herself… 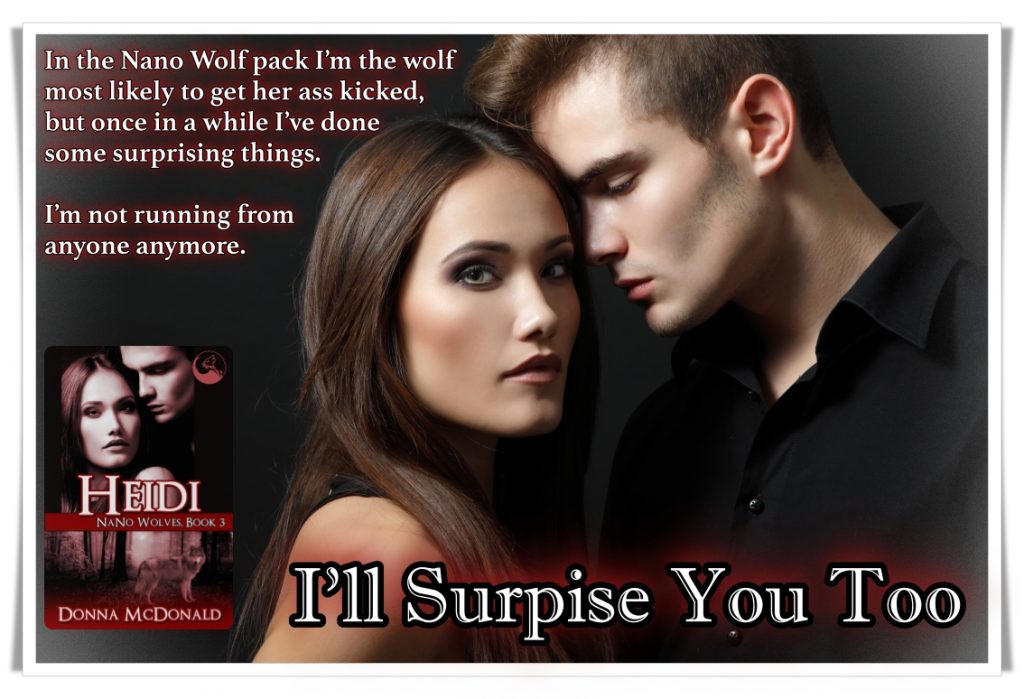 Available At Your Favorite Retailer

Heidi’s a lover, not a fighter, but that doesn’t mean she can’t take care of herself.

Heidi likes her new life as a Healer in the Gray Wolf Pack. She likes Ryan Calder too. But liking doesn’t mean she wants to be his mate. She’s just finding her personal freedom—just finally doing the kind of work she’s meant to do. Why does Ryan have to keep pressuring her?

She badly wants a break from him, but being kidnapped isn’t what she had in mind. Help is coming for her. Her Alpha and her Beta will not stop until she’s found. Unfortunately, they might be too late to save her from being dissected. Scientist Diane Crane is determined to learn her genetic secrets and make more nano wolves.

Her pack sees her as a liability when it comes to fighting. Does she have what it takes to save herself? Heidi’s about to find out.