Trouble, she was. Big trouble. HIS trouble.

New Earth humans call him Alien, but it is they who are strange. His fierce appearance ensures no human bride will choose him. Such things only matter if you care, and for now, Darcone does not.

On his planet, he is revered as a mighty warrior. On Earth, he meekly serves as an Admiral’s guard. Why does he stay on this nearly hostile planet? Because answering to humans is still preferable to obeying the wishes of his family to mate with a woman he does not want.

Humans and their drama—he wants no part of it. No. That is a lie. He wants her at any cost. He’s always wanted Bri. But a good bride, the woman is not.

Fierce, Commander Bri is—and noble, but still a female. The idea of her ever being in danger makes him in growl in fury, fueled by emotions he’s never felt before. Caring points only to one truth—a truth Darcone wishes with all his oversized heart to deny.

Has he really been waiting two hundred years to make Brianna McNamara his?

Other Books In This Series… 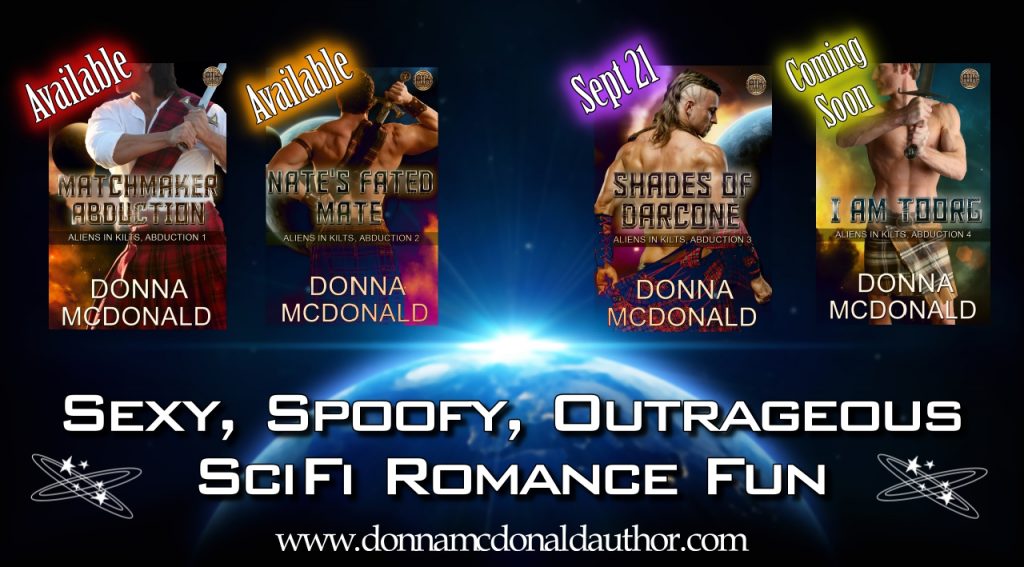