Book Description of Muse It or Lose It

Despite being a foretold savior of my pantheon, nothing has spared me from my own mortal fate. I’m still aging, just like everyone else.

With two tasks out of nine finished, and no one dying from our misadventures yet, I admit I’ve been feeling pretty good about myself. The Fates have finally stopped popping in on me, so I’m hoping I’m on the right track.

And none of my family has stabbed me in the back this week. See? Good times. 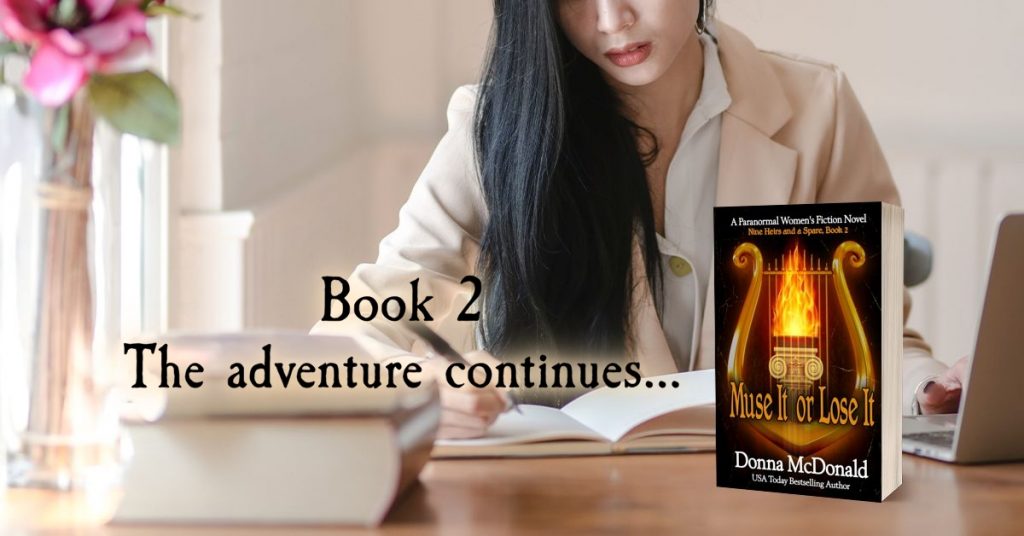 So I’m fine… mostly. Well, except my champion’s been a real pain to deal with lately. He’s sort of a dragon now and I’m afraid feeling special has gone to his head. Can anyone say entitlement issues? Anyone? I hope Cale gets a handle on his problems soon, because hey… I am the special one in our relationship. I’m the goddess.

Yes. Okay. I admit tasks three and four aren’t looking like a whole lot of fun, but I trust Cale and I will get through them. I have to because failing means death. Everyone in my pantheon is still counting on me to stop the doomsday prophecy from coming true.

All I can say is Gaia help me, because I’m going to need all the help I get.

AUTHOR NOTE: This new story is both paranormal (think Fairies, Pegasi, and Dragons) and women’s fiction (think issues of aging). Many fantasy and romantic elements are also included. This is the second book in the Nine Heirs and a Spare series which has its roots in Greek mythology. You can count on the good guys winning some of their battles, but that’s the only promise I can make. As with all my work, there will be some good laughs along the way.

Buy it today at Amazon – Read in Kindle Unlimited