Kendra McLaren lived with David Lynx for eight years. Instead of being a bride herself, she’s the Maid Of Honor for his baby sister. This is precisely why she moved out and left the sexy, non-committing hardhead. She and David obviously want very different things from life. The only good news is that after the wedding, she’ll never have to see him again… hopefully. 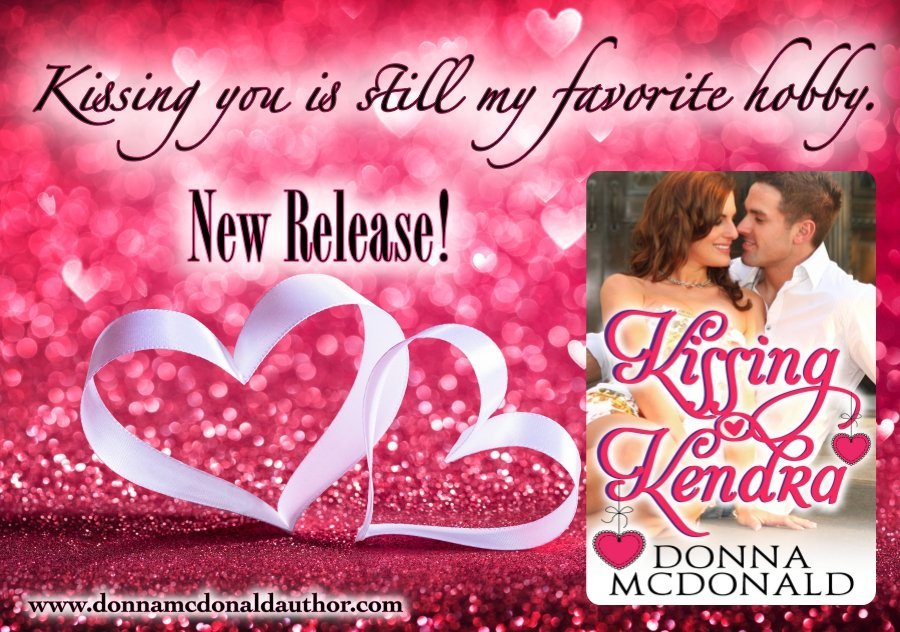 GET IT NOW LINKS

David kept his gaze fastened to the guy as he shook his head and turned to leave. Kendra’s glare followed the man out of the room. He caught her gaze as it returned to their table… and him.

“Sorry if me sitting here screwed that up for you,” David lied, studying her face for the truth of her feelings about her rude dinner date.

Kendra snorted. “Don’t give me that lame excuse. You’re not the least bit sorry. You liked seeing my fairly nice date turn into an asshole because of you. It’s the same thing you did the first time we ever went out. My date and I were fighting, and you inserted yourself into the middle of it.”

David grinned as he remembered. “Oh yeah—that’s right. I believe French fry sharing was involved then too, but who’s counting sins? We were friends then—we’re friends now. All the polished, pouty Patricks in the world aren’t going to change that.”

Kendra lifted her rum drink, sniffed it, and took another long swallow. “Alcohol was involved back then too, but I’m not going to be an easy lay for any man, no matter how many of these Lenny pours down me. You and Patrick are both shit out of luck.”

David reached out and pulled the drink from her hand. He lifted it to his nose. “Rum? What the hell was Lenny thinking? You have no tolerance for this stuff.”

He tipped the glass and drained the remainder before pushing the empty back at her. “Here. Problem solved. Now your virtue is safe. If you’d finished that drink, no telling what might have happened between us. It’s been a long time.”

Kendra swallowed hard. Then she leaned forward, put her face in her hand, and fought tears as she leaned on the table. “Stop being nice to me… just stop. I can’t deal with it today. It’s bad enough I have to be around your giddy sister—who happens to be my dearest friend. You should have seen her twirling in her wedding dress like a five-year-old playing dress up. She’s so stinking happy it’s sickening.”

David nodded when Lenny’s cook slid a burger and hot fries in front him. “Thanks, Dan. Tell Lenny that Kendra needs a mineral water with a lime wedge. Have him send me another of those rum drinks. Super size it.”

Kendra dropped her hand and huffed. “Super size it? You don’t like rum either.”

David shrugged. “You can drink the rum, pretend it made you drunk, and take me home with you. Or you can drink the mineral water and things stay like they’ve been. I’ll have whatever you don’t drink. Maybe the rum will help me sleep without you because it’s still hard to do even after all these months. I miss you, Kendra. Nothing has changed for me. I want you back.”

“David…” Kendra whispered. “Don’t make me choose you over my common sense. I’m tired of choosing wrong. I’m tired of being… I just want…” She stopped and stared at him. “I want a normal life—one where people get married and do all the things that come with being a couple. I want to make dinner and know someone’s going to be there to eat it. What is so wrong with that?”

David shook his head. “Nothing. There’s nothing wrong with that at all. I can see myself wanting that too one day.”

Kendra snorted. “Of course… the infamous one day,” she repeated, grabbing the mineral water when it landed on the table. “One day you could get shot guarding one of your clients. One day I could get run over by a bus. One day I could be sitting in a chapel and mourning your death like I did Lila’s. One day I’ll be old and not care about my dreams anymore.”

Kendra shook her head as she stood. “It beats being afraid of growing up. At least I’ve learned I don’t have to keep crawling into bed with a man who doesn’t want to marry me.”

“And someone like pressed-pants Patrick wants to make you his wife?” David demanded.

Kendra shook her head again. “No. He probably doesn’t either—for different reasons. But I remain hopeful that when I get completely over you, some decent guy is going to come along.”

“I love you, Kendra. I always have—I think I always will. There’s no one else for me. You know that. Stop dating pompous bastards and come back home.”

“Home? We don’t have a home, David. And saying I love you is meaningless when it isn’t backed up with actions. Wanting to give me the life I need to feel safe and happy… that’s real love… that’s what I need.” She paused for a calming breath, knowing it was a waste of air trying to explain herself. “Nicolas went to therapy with Megan. He got in her face when she got mad. He’s been at her side through thick and thin already, and they’re not even married yet. You never even came to my sister’s funeral. You wouldn’t discuss buying a house together, much less marriage and family. I have a loneliness in me that’s like a bottomless well. You were supposed to be the one that filled it.”

“I thought you didn’t want me with you at the funeral. You were sleeping on the couch by that point. How in hell was I supposed to know what you wanted or needed while you were grieving? We weren’t even talking. I’m not a damned mind reader.”

David winced when the old pain of that loss flashed across her face. Okay… maybe he had known. It had hurt to see Kendra hurting and not be able to fix it. He’d felt so helpless. Not being at the funeral was something he still regretted, but no amount of sorry was going to erase that enormous mistake.

“Kendra, I’m sorry—very sorry I let you down. Come home. We’ll talk this through and work it all out. Can’t it be enough right now that you’re still all I want?”

Kendra sighed and shook her head. “You don’t really want me, David. You want an easy life. If you wanted me, you’d want at least a little of what I do. Why do we keep having this conversation? I’m too tired for this today.”

Kendra dug in her purse and tossed some bills on the table. “If I’m going to hate myself, I’d at least like to keep my dignity in the process. You’re a great guy, David—just not the guy for me.”